Wildfire season is generally defined as the time period between the year’s first and last large wildfires. This infographic highlights the length of the wildfire season for the Western U.S. as a region. Local wildfire seasons vary by location, but have almost universally become longer over the past 40 years. 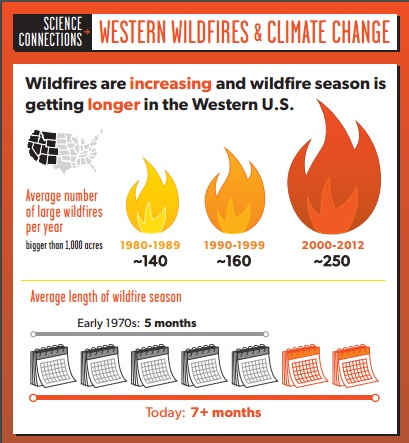